Over the years, we've found -- and continue to find! -- plenty of gear that makes traveling with kids infinitely easier. Top travel gear, for sure.

One item that tops this list is our Ergo baby carrier. Really, the Ergo isn't just travel gear; it is possibly our most-used piece of baby gear in our three and a half years as parents. Well, the crib has probably gotten more use, but the Ergo is a close second.

We purchased it when Littles was 3 months old. (If you want to use the Ergo with a newborn, you can purchase an optional infant insert, but I found it easier with both kids to use an alternative carrier, such as a Moby Wrap, until they were big enough for the Ergo on its own.) Here she is during her first trip with the Ergo, October 2007 (3.5 months old), in Playa del Carmen, outside of Cancun, Mexico: 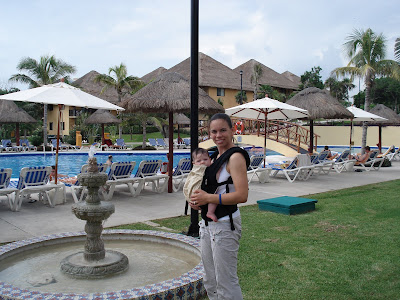 We still use it with her today. This was taken on our trip to Colorado last October, 3 years almost to the day after the picture above: 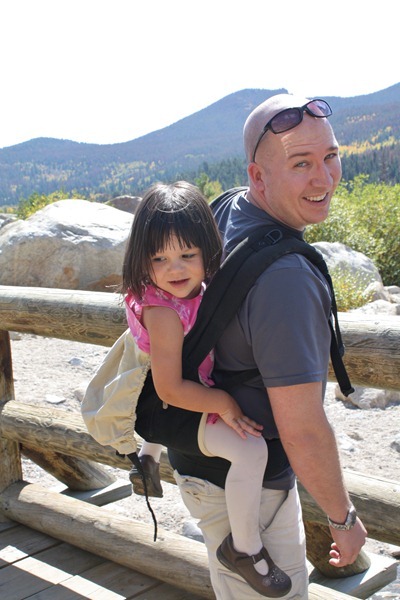 Why are baby carriers so great for traveling? They allow you to safely contain your baby (or toddler, or preschooler...) while keeping your hands free. So you can tote luggage around the airport or grab a quick bite to eat without having to shuffle your baby from hip to hip, or chase after your toddler.

They're a lot smaller than a stroller, so you can travel light. They also go where strollers can't. Such as down -- and up! -- all 328 steps at Uncle Tom's Trail, on the south rim of the Yellowstone River (September 2008, 15 months old): 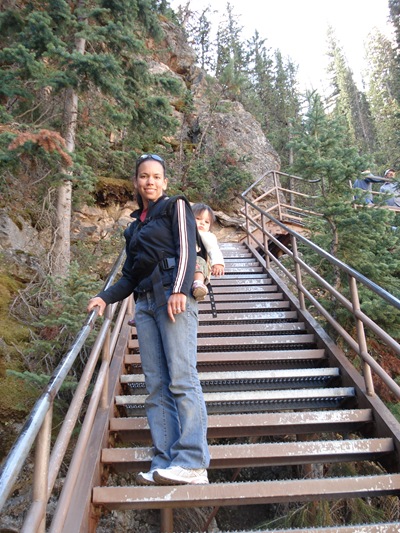 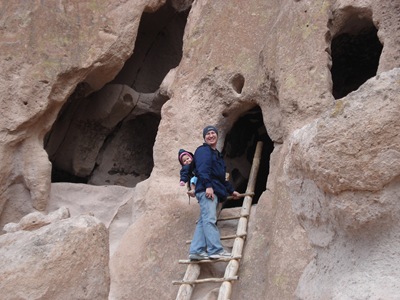 We love to get out and be active during our travels, so the ability to go anywhere our feet can take us is really important.

A baby carrier can also work as a nice spot for a nap :) This was on the same visit to Bandelier National Monument: 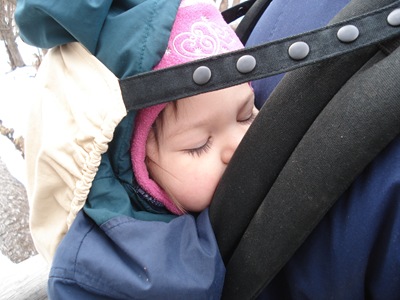 I've even used it to "rock" Littles to sleep at night when we're on the road and don't have access to our usual glider!

We love our Ergo, but there are tons of other great baby carriers out there. Here's Noob on our trip to Colorado last October (8 months old) in a mei tai from Wallypop: 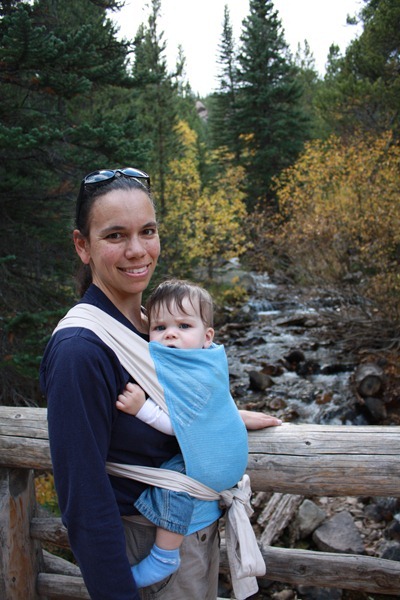 I have friends who have used various Beco carriers, Babyhawks, etc. and swear by them as much as we swear by the Ergo. They all share a variety of features that make for a good baby carrier (for traveling or for around town!):

Baby carriers seem expensive at first -- I paid over $100 for our Ergo -- but a good one is well worth it, especially for frequent travelers! 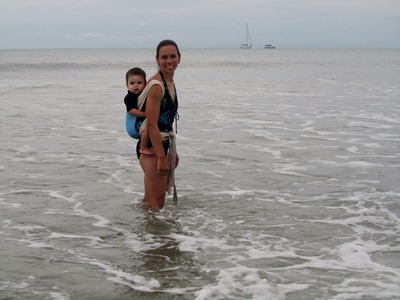 January 2012: Noob (just shy of 2 years old) in the Ergo at the Forbidden City in Beijing. Noob was in the Ergo a lot on this trip. We took public transportation just about everywhere, and the Ergo was way more convenient than a stroller on a crowded subway. Noob is a mama's boy and insisted that I be the one to carry him most of the time, and it was still quite comfortable, even though he was approaching 30 lbs and I was 3 months pregnant! 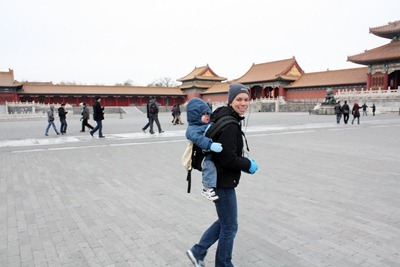 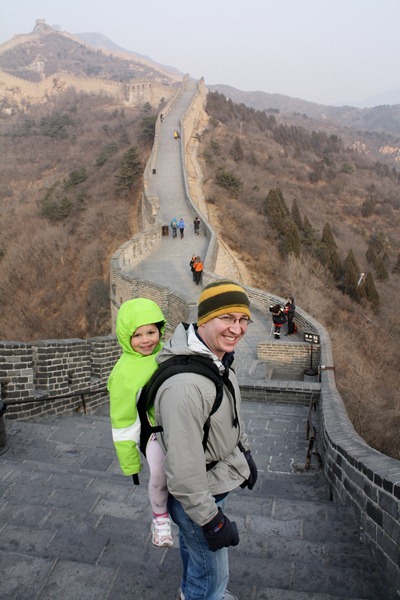