Methods of transportation: Flying to get to Panama. We had to go through Miami, as there are no direct flights from Dallas to Panama City. We opted to do overnight layovers in both directions, so we left the Miami airport and spent the night in a hotel, rather than doing straight shots between Dallas and Panama City.

On the ground in Miami, we relied on taxis and hotel shuttles to get around. In Panama, we rented a car.

Sleeping arrangements: We spent the bulk of the trip (7 nights) in the vacation rental. It had three bedrooms, so Hubby, Noob, and I stayed in the master bedroom, my sister-in-law stayed in a second bedroom, and Littles had the third bedroom to herself. Noob slept in a pack-n-play provided by the vacation rental owner; the rest of us slept in beds.

In the hotel rooms, Noob slept in the Peapod Plus, and Littles slept in one of the beds.

Eating arrangements: We bought food at a grocery store in Coronado (about half an hour away) and cooked almost all our meals in the condo. The vacation rental provided a high chair, which made eating with Noob much easier. 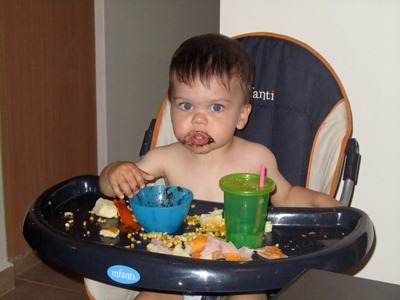 Activities:
Hanging out at the beach. In addition to the beach at Playa Blanca itself, which was just a short walk from our condo, we also visited two other beaches (El Palmar and Santa Clara) located nearby. There are lots of these up and down the Pacific coast from Panama City, so you can take your pick. Many of these are open to the public but do charge an entry fee -- El Palmar cost $10 per car, and Santa Clara cost $3 per adult. 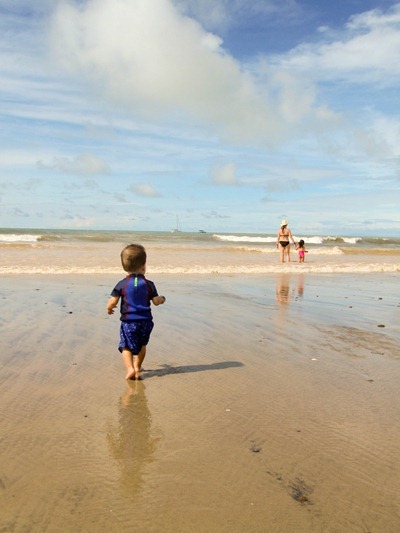 Riding horses on the beach! 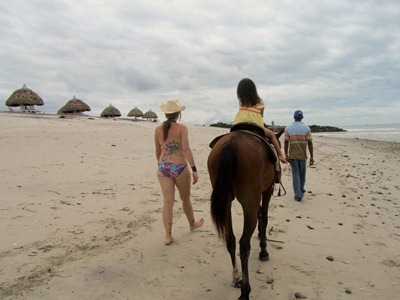 Hanging out in the pool at the condo. 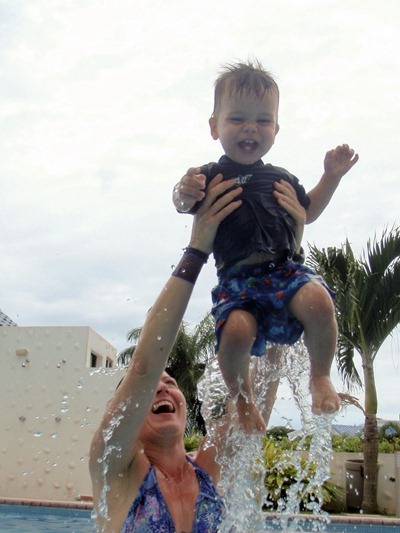 Visiting El Valle (about 40 minutes inland from our condo), a cute little town with a nice arts and crafts market, along with the Chorro Macho waterfall. 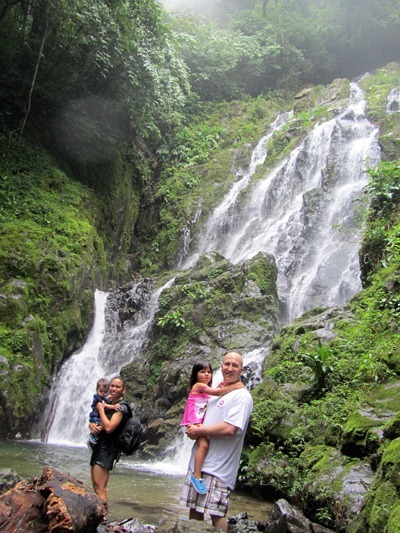 Watching ships pass through the Miraflores Locks of the Panama Canal, from the terrace of the excellent visitors center. 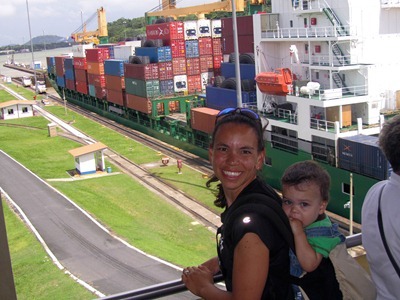 Key piece of travel gear: My solarveil mei tai carrier. We were in and out of the water all week, so it was nice having a carrier that I could use wet or dry. Also, the ocean was sometimes a little rough, so on those occasions, I loved putting Noob in the carrier so that he could dip his toes without being washed away. 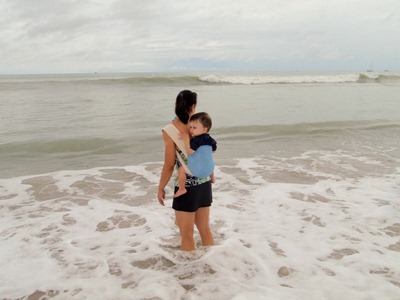 Biggest challenges: Getting Noob's passport, as I explained in a previous post! Also, during the trip itself, we were worried about the kids and/or us getting sick from the food or water, so we were cautious about what we ate and drank, especially at first. But we found that food/water standards in Panama are much higher overall than they are in many other Latin American countries. None of us had any problems with illness.