From the beginning, travel has been a big part of Hubby's and my relationship. We said our first "I love you's" while I was visiting my parents in Atlanta and he was on a business trip to Australia. He managed to find a day when we were in the same place to propose to me -- but just a few hours later, I hopped on a plane to Toronto for a business trip. We lived in the San Francisco area but got married in Austin.

So in October 2006, when I found out I was pregnant (while I was in Seattle and he was in Dallas, naturally), it wasn't so much a question of if we would travel with our kids, but when.

Nine months later, we found ourselves preparing to get discharged from the hospital with our brand new daughter, Littles. Amidst the standard new-parent questions ("Why is she crying?" "Is her poop supposed to look like that?"), we had another very important one: "Is it OK if we fly with her? Like, in four weeks or so?"

The pediatrician said yes. And so, at just over one month old, Littles took her first flight, from California to Austin, Texas, for the wedding of Hubby's best friend.

In the three and a half years since that first flight, Littles has earned enough frequent flyer miles for her own free ticket, visiting 13 US states and three foreign countries. She's been joined by another traveling tot, Noob, who arrived in early 2010. And Hubby and I have figured out a lot about what works and what doesn't when traveling with our kids.

So I figured it was time to start blogging about our travels. My motives are partially selfish: I don't want to forget some of those things that have worked well for us, or revisit past mistakes!

But I also want to share our experiences with other parents. I find that I'm asked many of the same questions over and over: What toys work well on the plane? What should my baby sleep in when traveling? How on earth do you get two kids, two car seats, and all that luggage through the airport without losing a piece, or a kid, or both? Some of my answers to these questions are long-winded, and some change based on the age of the kid, the type of trip, etc. So I'd like to type them up once and then refer people to them.

Most of all, I want to encourage all parents -- myself included! -- to get out there and go. Traveling with kids is not always easy, but it certainly doesn't have to be painful.

And the rewards? Well worth it. 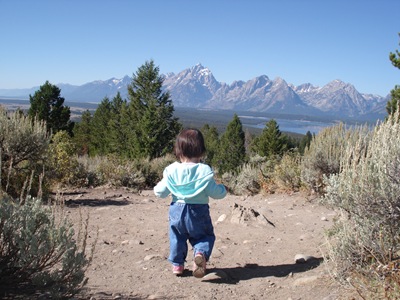 Email ThisBlogThis!Share to TwitterShare to FacebookShare to Pinterest
Labels: introduction