Note: We've gone to Philadelphia for Thanksgiving for the last four years, so this post will include what we've done in the past as well as what we did on this trip.

Methods of transportation: We flew into Philadelphia and rented a car.

In the past, we've usually stayed out by the airport, as that's relatively close to my grandmother's house. We've stayed at the Embassy Suites, Sheraton Suites, Four Points, aloft, and Residence Inn. They are all fine, although I would recommend one of the three suite-style options (Embassy Suites, Sheraton Suites, or Residence Inn) for traveling with kids, as it's nice having an extra bedroom. Note that the Residence Inn's studio suites do not have an extra bedroom.

Eating arrangements: We typically eat out quite a bit, since we're visiting family, and this trip was no exception. The vacation rental did provide a high chair for Noob, which came in handy for breakfasts and take-out meals at "home." We were also able to host Thanksgiving dinner at the vacation rental, which worked out really nicely! 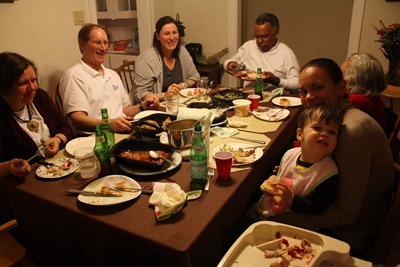 Activities:
The main focus of our Philadelphia trips is always to visit family. But when we go for the holidays, we usually end up flying out a little "early" or staying a little "late" (or both!), as the tickets are cheaper. So we do have some time to sightsee. 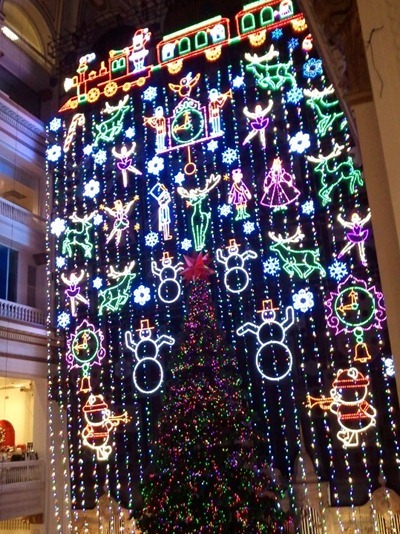 Stopping by Reading Terminal Market for some snacks and to check out the holiday train display: 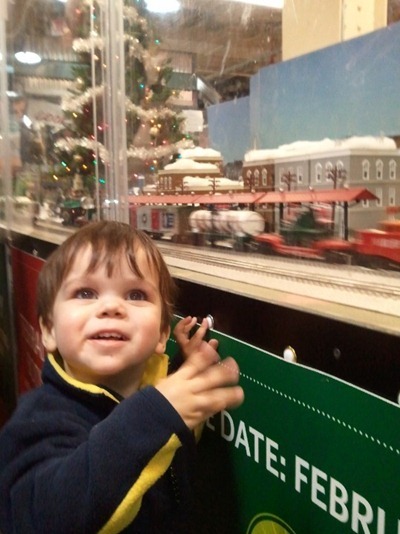 Enjoying a soft pretzel from Reading Terminal Market on the train ride home: Walking around downtown Bryn Mawr, and stopping at the fabulous Pun's Toys to check out the window displays: 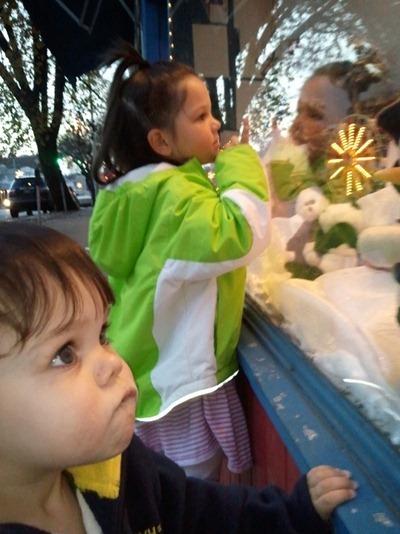 The Franklin Institute. Wonderful hands-on science stuff. My dad practically lived here as a kid, and I have great memories of visiting as a child, too, so I love taking the kids there. 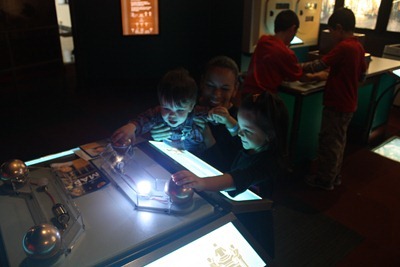 Other things we've done on past trips, which we didn't have time to do this year... 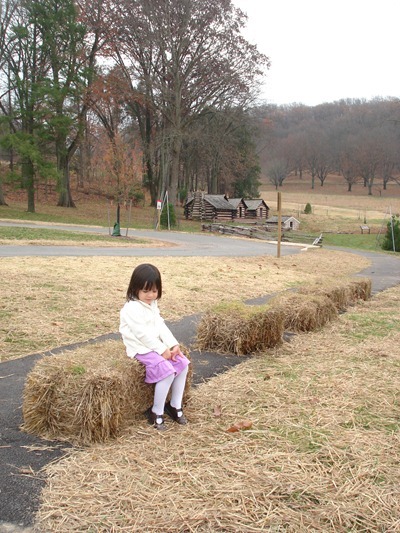 Visited the Please Touch Museum. We did this last year and had an absolute blast. We could barely drag Littles away. I'd recommend it over the Franklin Institute for younger kids (it's designed for ages 7 and under), although my kids do enjoy both. 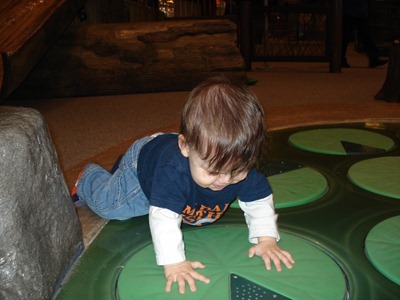 Visited the Philadelphia Zoo. This was another favorite spot of mine as a kid. That's Littles at about 17 months old, in this picture: 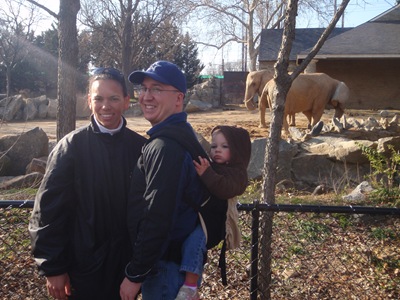 We've also used Philadelphia as a base for exploring the rest of the mid-Atlantic region. We've mostly gone south, to Baltimore and Washington DC, as we have a lot of friends and family who live or lived down there. We've done day trips (it's about a 2-3 hour drive) and also gone down to stay for a few days. Some of the things we've done:

You could also just as easily go north from Philadelphia, into New Jersey and New York. Maybe we'll get around to that, one of these years!

Biggest challenge: The flights, again. I'm coming to terms with the fact that Noob is a really bad traveler :)

What didn't: Nothing, really. Noob made the flights pretty miserable, but we did the best we could with flight times (flying during naptime in both directions -- he did nap on the way out, not on the way home). As I said, he's just a really bad traveler!